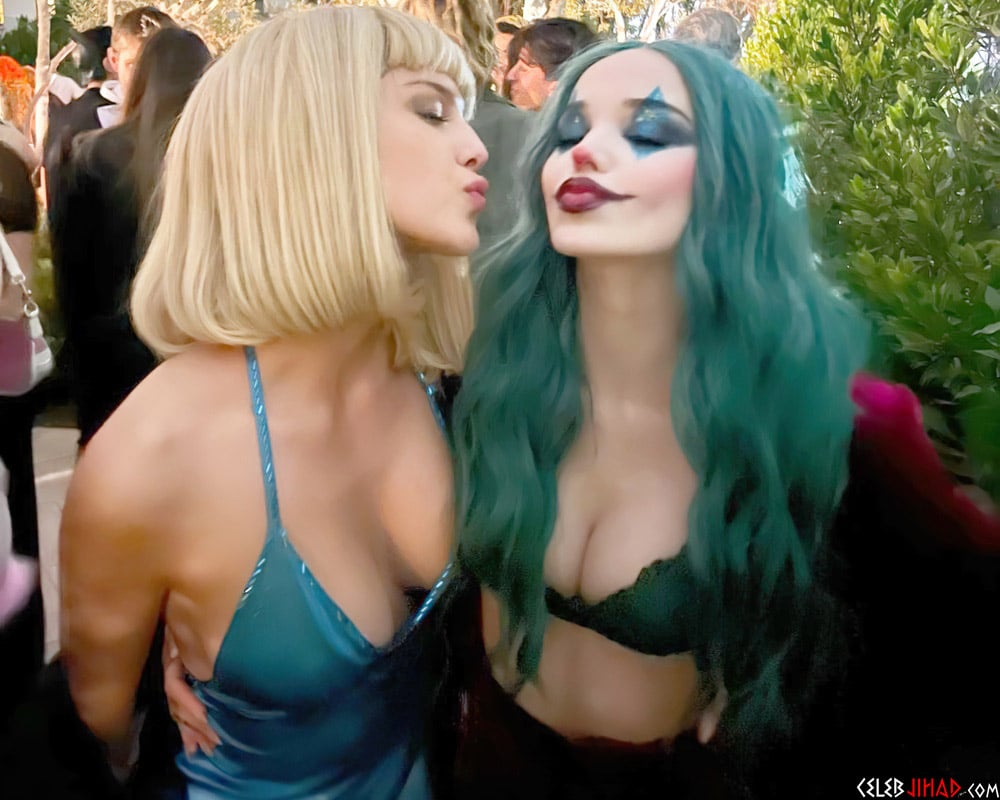 Victoria Justice dressed up as what she is going to look like when she finally stops partying and tries to settle down and have kids.

TikTok star Loren Gray dresses up as a circus slut… A topical costume since PETA recently convinced Ringling Brothers to ban all animals in their circus shows, so there will be plenty of room for girls like Loren in their cages.

Manufactured pop star Olivia Rodrigo’s management team no doubt focus group tested all sorts of Halloween costumes for her… Before finally settling on just throwing her in a blonde wig and having her show off her tits.

Disney star Dove Cameron dressed up as a tranny this year… And even though her makeup is too understated and she looks far too feminine, it is still a reasonably accurate representation.