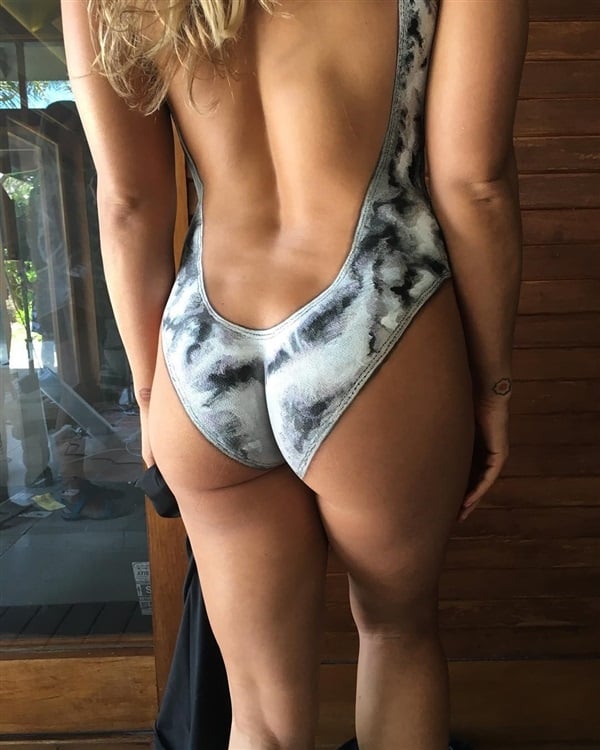 Face down and ass up is the way us pious Muslims like to see Ronda Rousey… Not because of any sexual connotations of course, but rather because it means that Ronda is either out pulling the plow in the fields (were she belongs) or knocked unconscious with her face bashed in again by Holly Holm.

Speaking of which it would not be surprising at all if Ronda Rousey’s Sports Illustrated swimsuit issue photo shoot revolved entirely around her powerful rump, for after the beating Holly Holm put on Ronda’s face not even the famed SI airbrushing could make her presentable again… Which is just as well, for as you can see in the bikini photo below Ronda’s backside has always been her better side, as she has the countenance of a cavewoman with down syndrome. 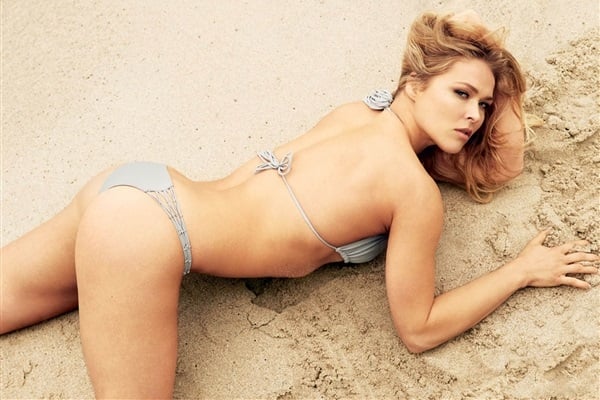