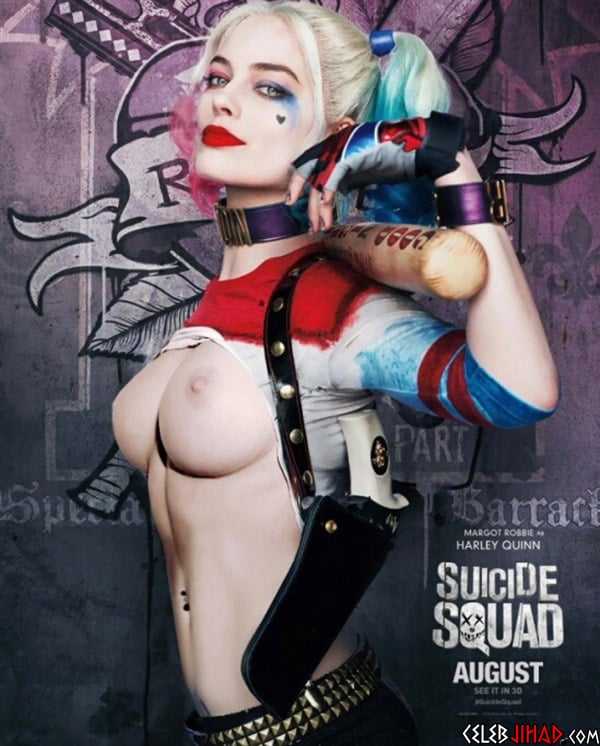 Margot Robbie walks around with her naked titties hanging out while dressed up as “Harley Quinn” in these never before seen shots from the “Suicide Squad” set. 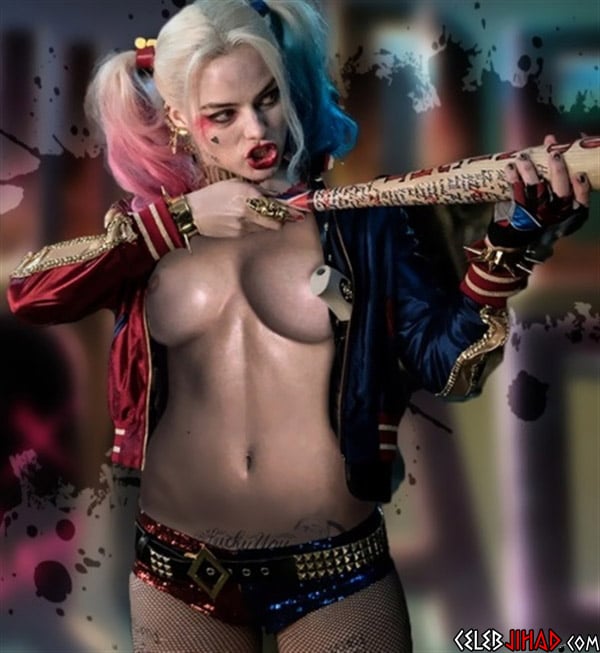 Despite not featuring even one righteous act of martyrdom against the Zionist oppressors and thus incurring the righteous wrath (and a class action lawsuit for false advertising) of us pious Muslims, “Suicide Squad” has been a hit in theaters grossing over 600 million in worldwide sales this month alone. 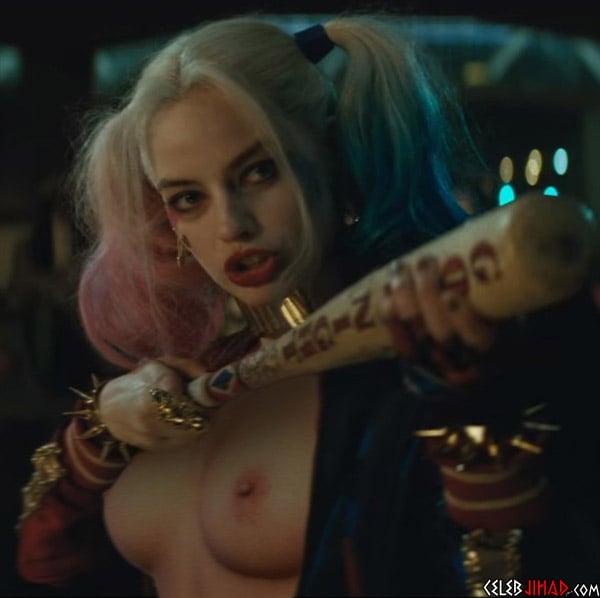 This box office success is surprising considering “Suicide Squad” was originally supposed to feature a good amount of nudity from Margot Robbie’s character “Harley Quinn” going into battle with her bare breasts on display, but was reshot at the last minute when homoqueer Warner Brothers studio executives determined that boobies are “icky”. 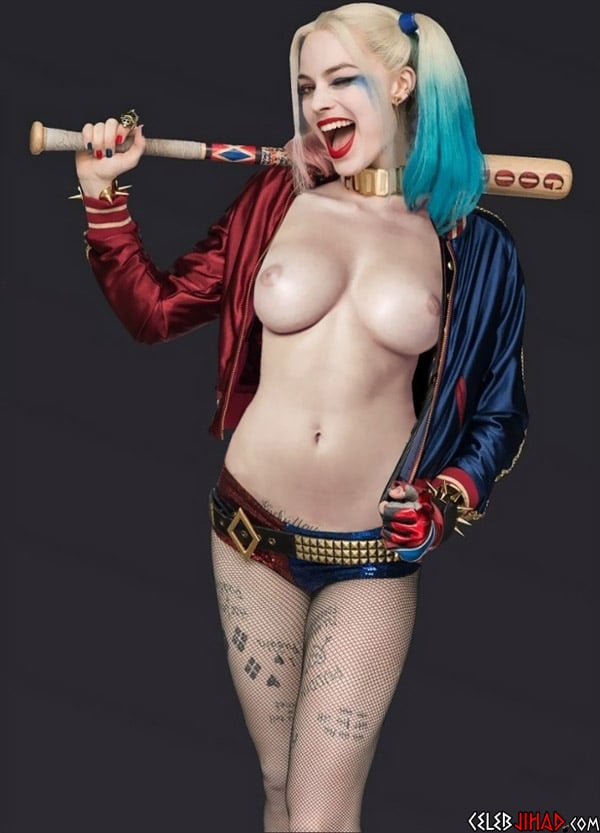 One can only imagine how much money “Suicide Squad” would have pulled in if Margot’s original nude scenes were kept in the film, as the infidel moviegoing public’s depraved appetites are insatiable. 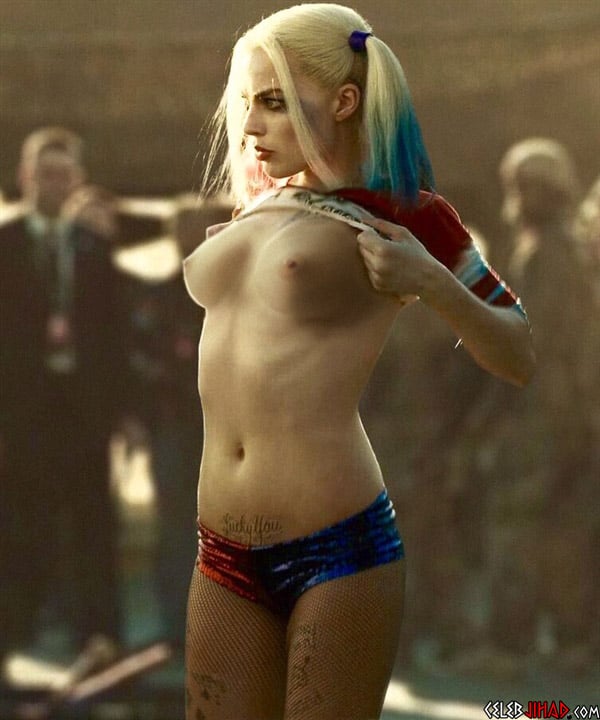 However, it would be a fraction of what this film could have made from the civilized Islamic world had the writers had the good sense to end this movie right by having this “Suicide Squad” blow themselves up at an Israeli bus terminal in a climatic final scene.