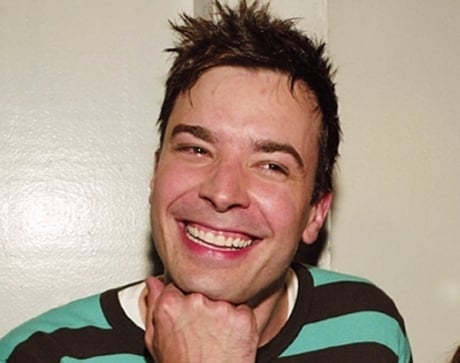 Proving that in today’s world you need not be funny or talented to have your own late night talkshow, NBC has handed over Conan O’Brien’s spot on Late Night to the utterly average “comedian” Jimmy Fallon. After leaving SNL to pursue a career as a leading man in such blockbusters as Taxi and Fever Pitch, Fallon once again returns to the small screen seeking to delight the dimwitted, mouth-breathing masses that cannot afford basic cable.

Fallon’s achievement underscores the opportunities that today’s society presents to people with little or no talent. While Paris Hilton is widely credited as a pioneer in this arena, Fallon’s landing of this coveted timeslot thrusts him into the upper-echelon of success in spite of himself.

“I think it’s really great that NBC had the courage to hire Fallon instead of some other funnier, more qualified comedian,” said fellow dolt Kevin Federline. “I mean, think about it. If that was how the world worked, where would I be today?”*

The immediate effects of Fallon’s hiring on the talentless community are difficult to quantify, but several leading indicators suggest it has already made an impact. In one widely followed trend, The Groundlings have reported a surge in Level 1 improv class enrollment since the time of NBC’s announcement. Also, several top film schools have reported an unusually large volume of mediocre applications.

So failures, take heart. There’s never been a better time to be worthless to society than right now… or at least until the next Larry the Cable Guy movie gets announced.